A new magnetic structure is described, based on interacting AC and DC fluxes in a device comprising permanent magnets and soft magnetic alloy cores in a novel, highly efficient arrangement to render the composite core electrically invisible under normal conditions, but able to respond quickly with a high impedance to limit damaging fault currents.

A small, bench-top prototype was built to demonstrate the concept for a distributed magnet, orthogonally biased FCL. The test was designed to compare the current limiting capability of the FCL with an air-cored reactor coil of similar dimensions. The prototype was designed to operate with a normal current of around 3 Amps and a prospective fault current of around 30 Amps.

The FCL core was connected in series with the power supply and the load resistor. The current through the FCL was recorded for a range of supply voltage when the load resistor was briefly shorted. The test was repeated with the FCL replaced by the air-cored coil. 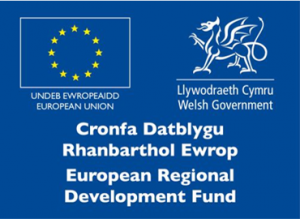