I almost didn’t post the previous words about me being grumpy and sick and feeling sorry for myself, but the intended purpose of this blog is to document the trip- and I think that should cover the good and the bad parts. It’s never going to be 100% positive, and I’m starting to grasp that a bit more.  So there we go. We get sick, it happens and it can’t be helped.  What does help though, is a day with company, a swim in the sea and a few waves.

That’s what happened on Friday of last week- I went out to the coast with friends from the university here and not only did it fix me, but I was also able to get another taste of the small seaside town of Raglan, one of New Zealands 8 Surf Breaks of National Significance. We arrived at about 11am, after a pleasant drive out of the city along winding roads that led us through some bizarre looking hills and open countryside which was home, surprisingly, to more cows than the infamous New Zealand sheep.

The first stop was for coffee- it’s a very coffee friendly place it would seem and my hosts’ spot of choice was a small kiosk with a big queue. Raglan Roast is apparently everyones favourite and didn’t disappoint. Caffeined up, we then went out to the beach. I was still feeling a bit weak so didn’t get a board, but did enjoy the ocean a lot. The temperature here is lovely. Like the sunniest of UK summer days, with water temps at around 20 degrees, so a shortie wetsuit is perfect and the water is cool enough to be refreshing but not cold at all. Lovely. I borrowed a board for a few waves, which was the biggest, heaviest board I’ve ever ridden and once I got my head around that and realised that it wasn’t like surfing a normal board, I had some fun doing silly stuff and enjoying being in the water with friends. It was really nice to just play in the surf with no pressure, and no worries.

I have been beating myself up a bit for not surfing as often as I would have thought I could, but I realised that its much harder to motivate myself to go surfing alone, especially in new places when I haven’t got much confidence and have to hire a board every time.

We were in the water the whole time we were at the beach; the scenery was great, with mountains and their associated Maori legends all around, black sand that seemed to be full of glitter and the sun shining.  We stopped in the town again on the way back for a vegan burger and then headed back into the city.

I picked up a hire car so I could be taxi for the evening and repay the favour of being chauffeured for a few days. With my new found freedom we went to a cool show in Hamilton Gardens; enjoyed a reggae band, a maori/pop dance trio and a swing band that played for too long and then went into the weekend with an enthusiasm that I haven’t had for a while. 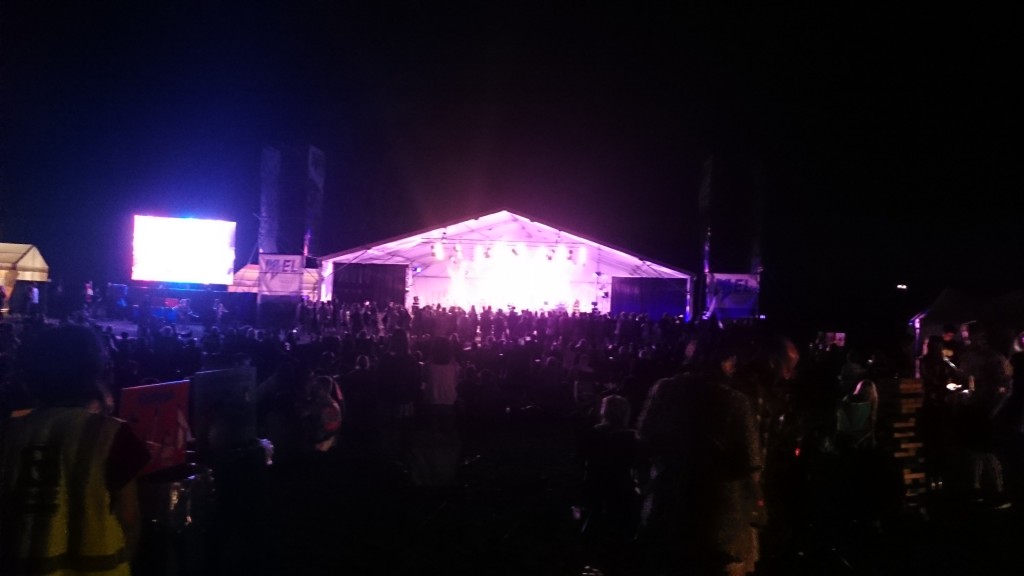 Swing band that went on a few songs too long 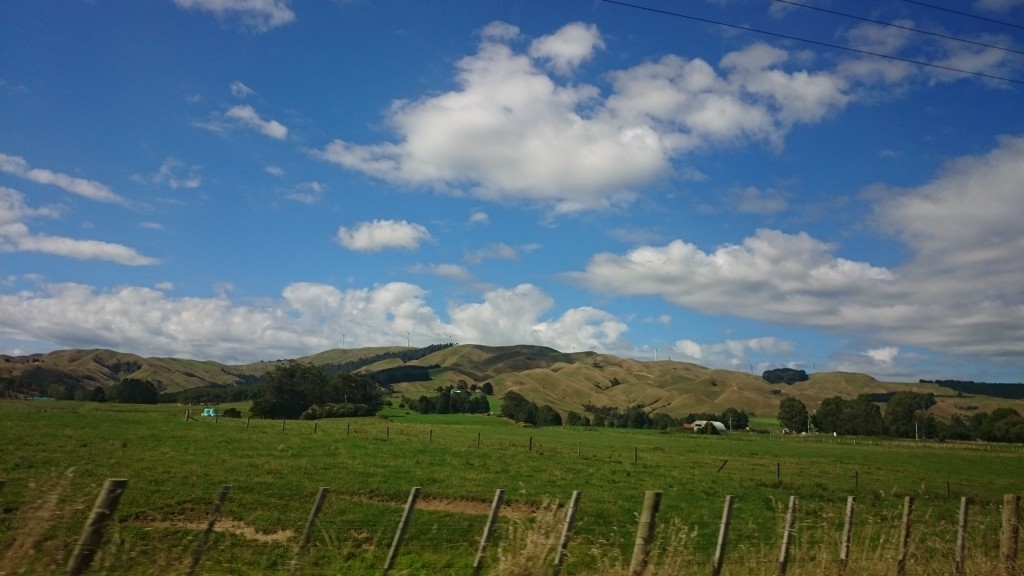 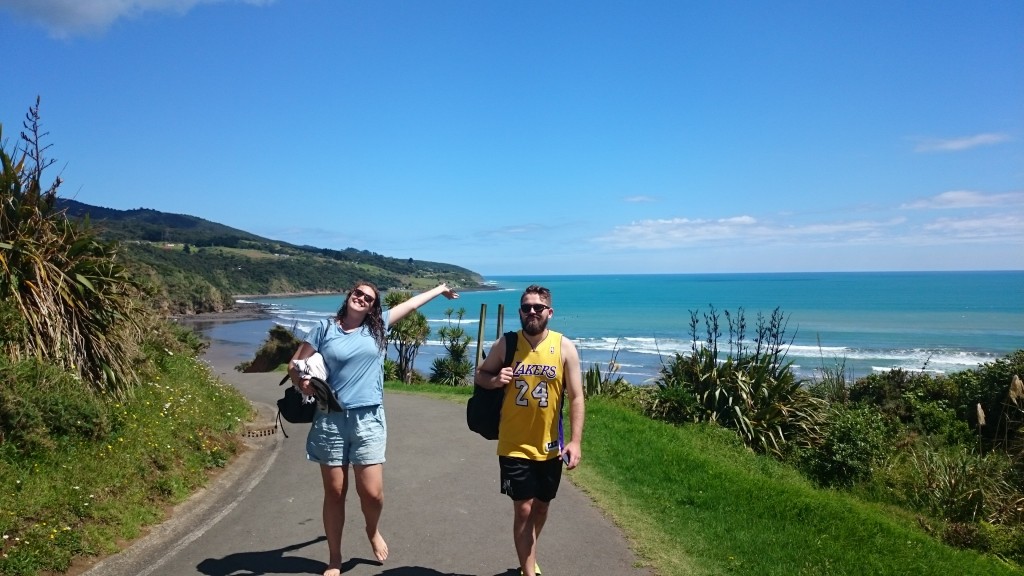 In Australia the car park would be at the bottom of this big hill at the beach, not the top! 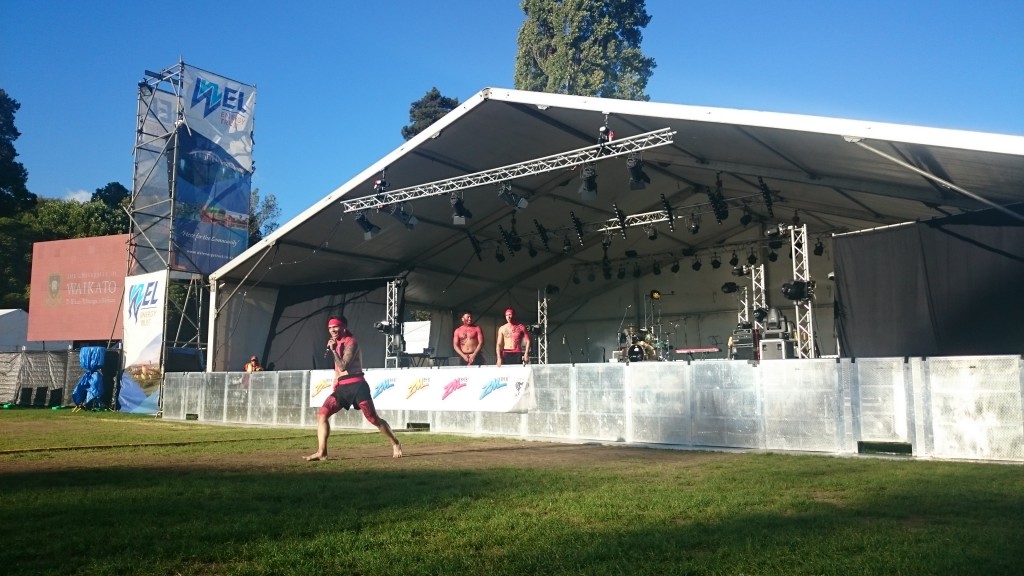 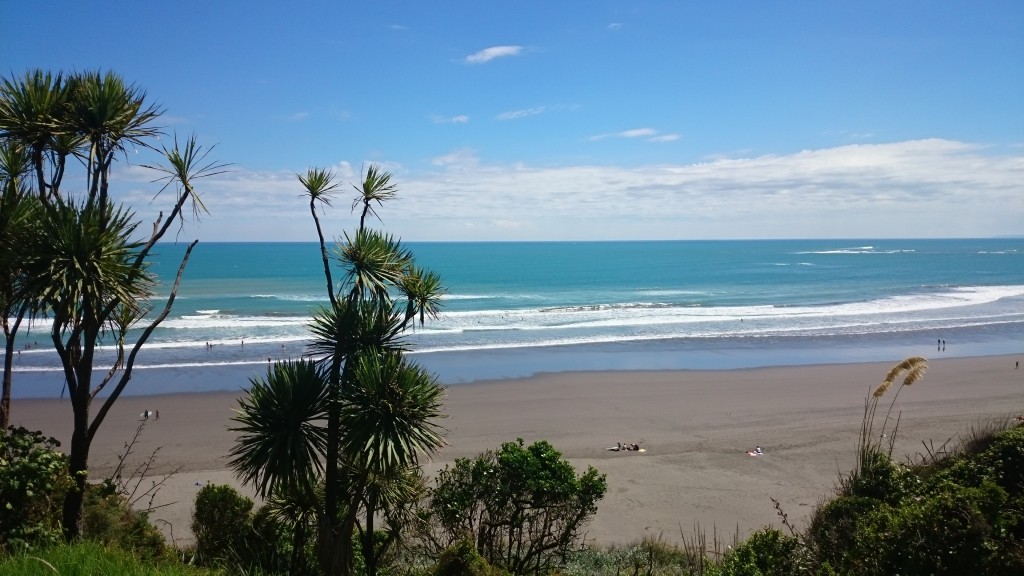 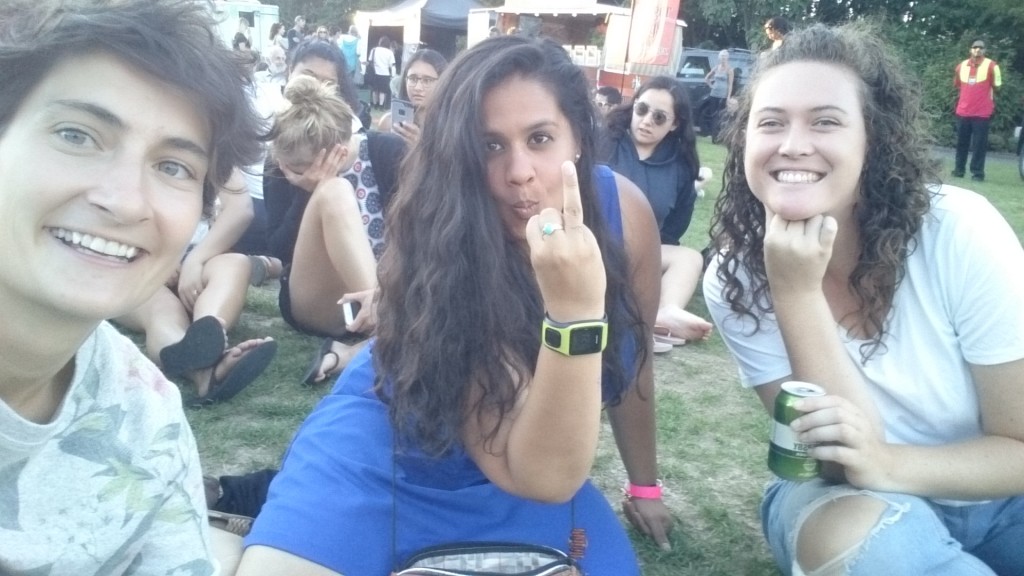 A good way to end the day.